I've never been a resolution-maker....I suppose that I know myself  too well for that. But I do have some projects for the new year to keep it interesting. Of course, the biggest wrinkle is my return to full-time pottery making...some great opportunities lie ahead and I'm so happy to be ready and available for some new adventures. My plan is to buckle down now and make pots for 3 straight months and then do 2 firings back to back in late March and april. That keeps me covered for my one-man show at Chris Cooley's Gallery in Leesburg, Virginia in April and my second trip to the St. Croix River Pottery tour Mother's Day week-end in Minnesota. My second one-man show is in July at the Washington Street Gallery in Lewisburg, West Virginia. Labor Day week-end you will find me back in the mountains, joining "The Soda Chicks and Chet" for their annual sale. That's Gay Smith, Suzi Lindsay and Kent McLaughlin, part of the Penland community for many years. And then it will be time to prepare for the 3rd "Pottery on the Hill" show! A year can get filled up pretty quickly and yet there are still a couple of possiblities hanging that could fill in some gaps. And, of course, there is always a trip to England to fit in. I truely feel fortunate and excited and I'm grateful for all of my friends and supporters and you, gentle reader! Happy New Year! 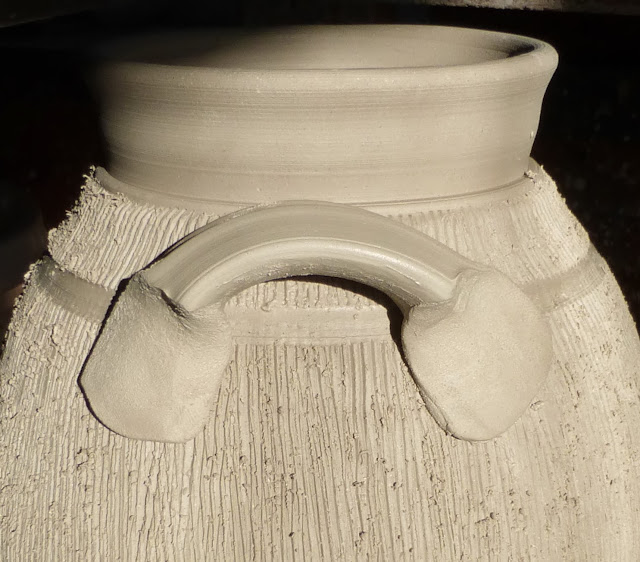 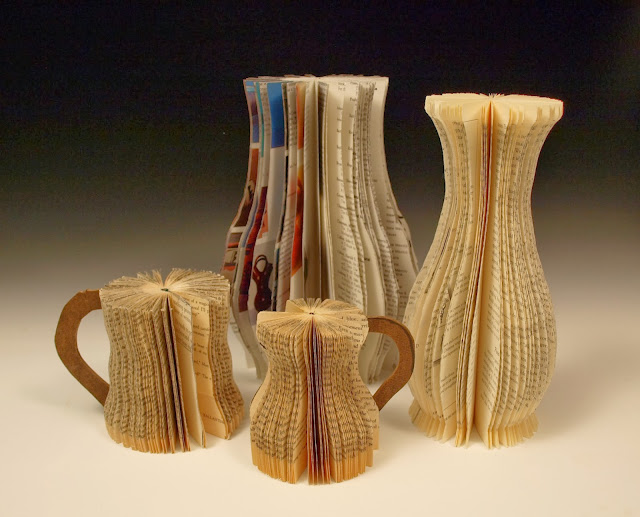 My friend Paul is a bookseller/bookbinder/restorer. He gave me these for Christmas and said he was tired of me making books out of clay so he made pots out of books! Fantastic!
Posted by Dan Finnegan at 7:20 PM 5 comments:

My second to youngest brother, called Tim-mo by our grandfather, is 50 years old today. It kind of hurts...thinking of how fast life moves. But move it must and a lot has happened since my last post.

The 2nd Annual Pottery on the Hill show was another great event. Last year we were inventing everything, while this year, with a solid plan in place, we were able to make some improvements and add some events which added value to the whole week-end.
Mark and Carol Hewitt joined the same group of potters from last year and were a wonderful addition. Sales were up 25% and we sold one of Mark's giant pots! I had fun delivering it.
We were also joined by Cheyenne Kim, master flower arranger, who led 2 workshops for more than 70 people, demonstrating a wide range of ideas for arranging in hand made pots. He was delightful and the arrangements in our displays added a lovely touch.
Chris Cooley was our special guest on saturday. Chris recently retired from his career as a professional football player and now devotes all of his free time to making pots and running a gallery in Leesburg, Virginia. He gave 2 charming and informal talks about his love of art and craft and his particular interest in making pots.
One of the nice things about the scale of the show (15 exhibitors) is that we can all go have a meal together, and being in Washington, DC that's an easy thing to do. Great conversation and a relaxed pace made for another fine week-end.
Since then I've feel like I've been catching up on years of odds and ends. With LibertyTown behind me and nothing on my calendar until April I am enjoying myself immensely, slowing down just a bit and trying to savor the days.
As the winter weather is taking hold, I'm heading back indoors to the studio and a pile of new ideas to explore.


Posted by Dan Finnegan at 8:44 PM No comments: