It's been a hectic week...after unloading the kiln Wednesday I had to switch gears quickly for two receptions at LibertyTown in two nights for our Patron's Show (more on that later this week) (and I had to squeeze in poker night between the two!). And just when I thought I could relax, Dave Breedin called to say that there was wood to be had so first thing Saturday morning I hitched up the trailer and headed to deepest, darkest Spotsylvania County. It seems cruel to be working so hard for a firing I won't do for at least 4 months, but , wood is a problem, so I get it when I can. The firing continues to reveal surprises, mostly good ones.
(I use chocolate in my title, referring to my love for warm, toasty, 'hairy brown pottery'...unlike the folks at Windy Ridge Pottery, who recently wrote of their love of pale pots...to each his own!) 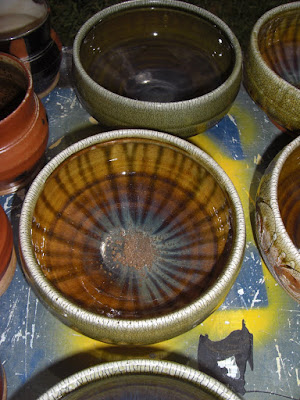 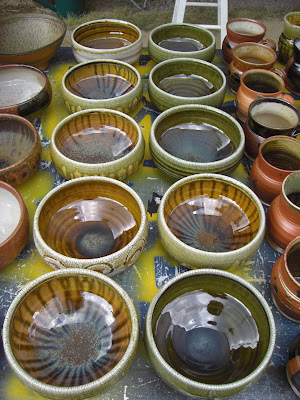 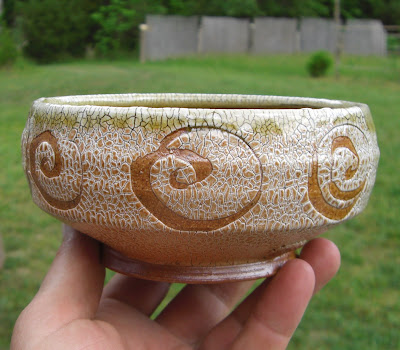 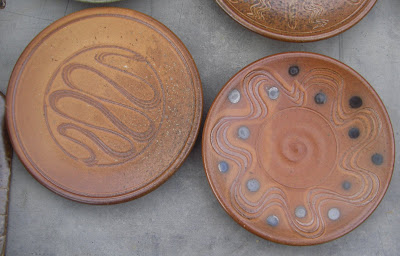 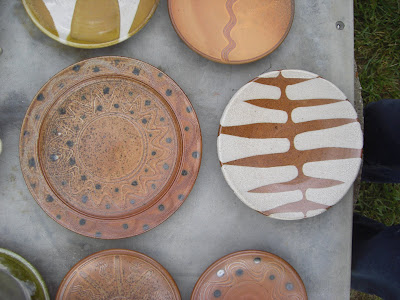 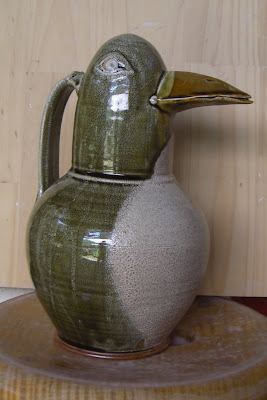 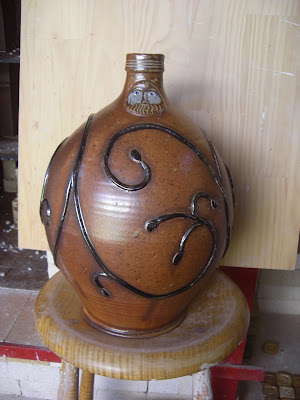 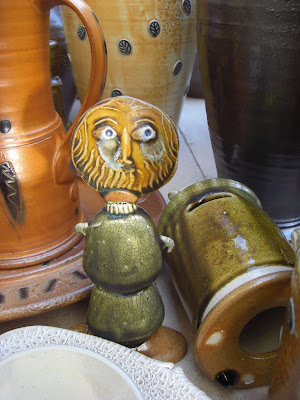 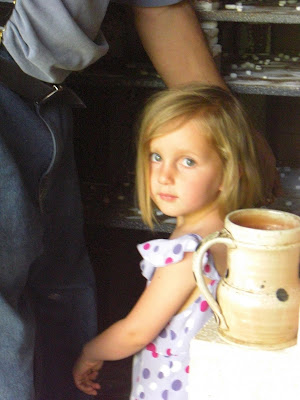 Everyone needs a helper!!!
Posted by Dan Finnegan at 9:07 AM

What an incredible firing! I'm thinkin' you've done this before ;-]

Its those brown plates that I love....will any make it to LibertyTown??

I love those bowls w. the crackle slip!!

what a great firing, love the interior of the bowls and the chocolatey brown plates and the deco on those.

Man, those bowls are fantastic! Sure wish I could have me one o them...

wow dan... those bowls are really beautiful! what a combination of the crackly stuff and the non-crackly stuff. really lovely pots

the stuff looks beautiful, and i love the photo of the still-packed kiln. looks like all that hard work really paid off! i'm honored to have witnessed some of the "nesting". digging the birds.

These pots are so cool, Dan. Thanks for inviting me come to the kiln opening. It was a great experience!