Messrs. Kline and Philbeck in the House!

On what can only be described as a whirlwind visit, LibertyTown is most pleased to announce, for one night and one night only, the highwire deco(*) troupe of Michael Kline and Ron Philbeck, lately of the northernmost of the two Carolinas. These two seasoned professionals will amaze and astound you with their feats of magic....see Michael's brushes leave marks you never thought possible....watch as Ron pulls the image of a rabbit out of his pot!!!
Join us on the evening of March 14th as we talk about making pots, surface decoration, selling and promotion and blogging about pots. We three have yet to share the same airspace so I'm really looking forward to this visit! And there will be pots for sale...more details below. Don't miss out!
Where: LibertyTown Arts Workshop
When: March 14, 2012 - from 6:30-9pm
Fee: $12.00 includes pizza and beer!
Phone: 540-371-7255 or contact me via email...danfinneganpottery@cox.net
Space is limited (not really...)
* I really hate the abbreviation for decoration...deco just sounds inelegant...sorry guys.
Posted by Dan Finnegan at 10:07 PM 15 comments:

How We Move On

Thanks to everyone who has reached out since Ray's passing...he was laid to rest on Thursday amidst a multitude of family and friends. Ray's granddaughter Clare (that's Joe and Trudi's girl) is compiling a number of people's thoughts and writing on a website and she invites you to visit. www.rayfinch.co.uk
But, of course, life moves on and we've been making slow and steady progress on the new kiln. We're set to put the arch up, but now I need a welder to assemble the frame. That might slow us down. The arch form needs to be made before long and Jason and I worked on that some today. 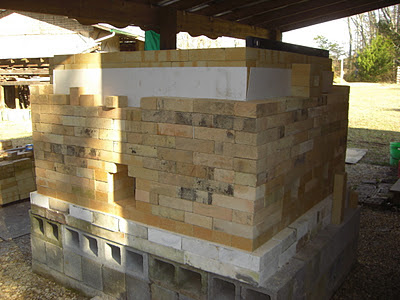 I like to wrap the interior wall with ceramic fiber. It acts like the Tyvec fabric that builders wrap houses with. It keeps the kiln from sucking air through the joints in the brick. I don't use mortar so this really makes the kiln tight. I'm particularly pleased with my new and improved spyhole. Shortly after I finished my wood kiln I saw this idea and I was envious...By cutting the bricks on an angle along each side it provides a significantly bigger 'picture' of the interior and gives you much more latitude in where you can place the cones. It took me a while to figure out how to cut it with the wet saw/grinder method but the came out great. It's difficult to show it in a photograph. 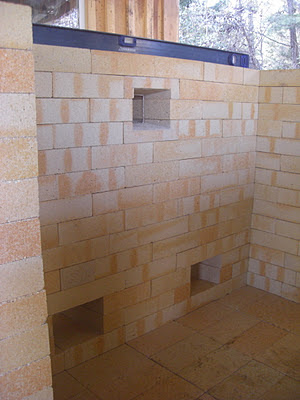 Tomorrow is our Empty Bowls event. I think almost 400 bowls were made and fired at LibertyTown this month. After many years it is a well oiled machine with many people doing their part. Last year we raised more than $40,000.00! And, as always, it has been sold out for days. Thanks everybody!
Posted by Dan Finnegan at 8:23 PM 5 comments:

I am so sorry to be telling you about the passing of one of the true giants of the pottery world. Ray passed away at the age of 97. I'll write more about this wonderful man later. If you ever had the chance to know him you should count yourself fortunate. He changed my life...and many others. 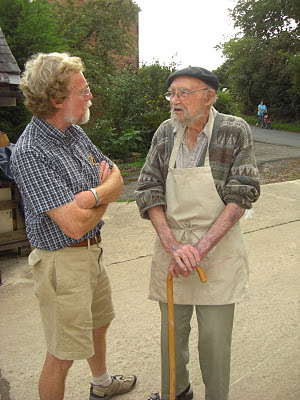 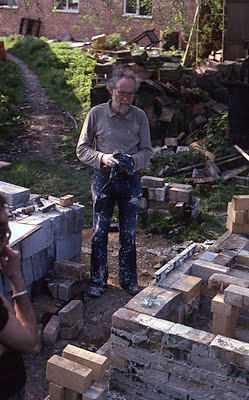 I'm still messin' with all these templates. The photos are an excuse to post.

Uh-oh, I just discovered a way to change all kinds of things on blogger, so look out while I amuse myself. Today's trick is picture in picture cleverness. 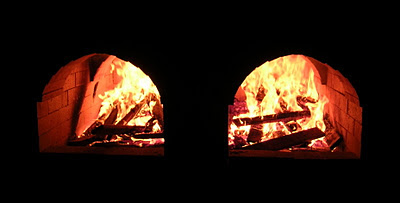 I always try to hunker down during the holidays and I'm just now staring to feel the energy for another year. This is always a good time for sorting out the piles of stuff that accumulate during a year and I like to think that I can see some shape to the upcoming year as I get back to the studio.

So far, this is what I've got in mind.
Jason and I will make a serious effort to build the new salt kiln this winter.
I believe a couple of blogging gentlemen from NC will be visiting LibertyTown in early March for some sort of festivities.
I plan to spend the summer with my ever growing group of friends in Great Britain.
I'm also planning an event to be held in Washington DC (our nation's capital!) next autumn. It's still top secret, but watch these pages for further information.
And, of course, there are pots to make, kilns to fill and miles to go before I sleep. 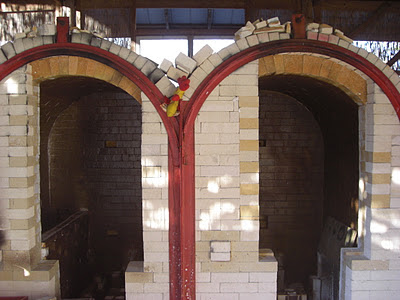 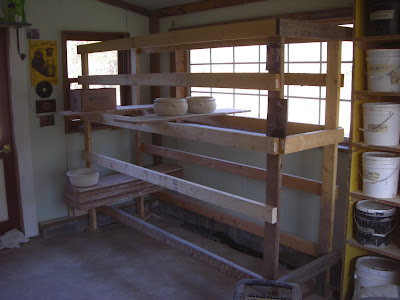 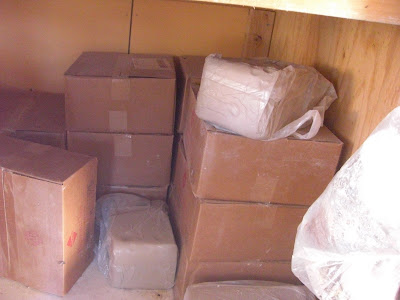