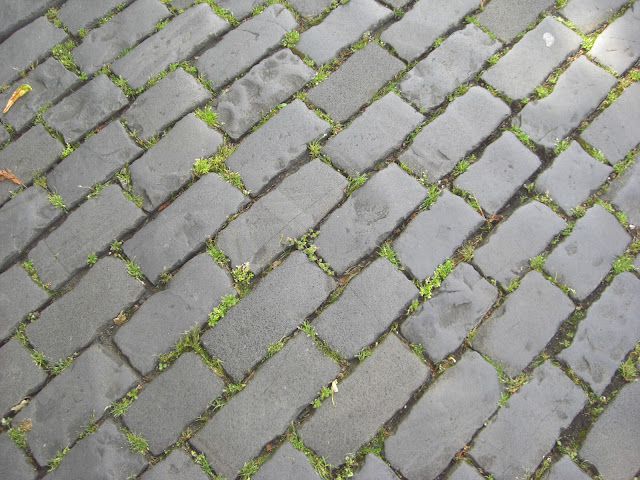 In the summer of 1977 I was on a 2 month bicycle trip through New York and New England when I received a letter at a post office that I had previously arranged to visit. I still recall sitting against a tree, excited to read the words of the girl that had taken my heart with her to England the year before. She had been working at the Guildhouse in Gloucestershire, England and was moving on to Japan...would I be interested in taking her place as a pottery instructor? Well, I never had any aspiration to travel overseas. I had already crossed the US on 4 different occasions, often hitchhiking, but I was an impoverished student and never imagined that I'd have the means to travel to Europe. This was not the last time that I made a spontaneous decision, but I decided on the spot that I would agree. I was frustrated with my college education and this seemed like a fine alternative. There was no pay involved, but room and board was provided, my needs were few, and it just felt right.
I spent that autumn working for a rock n' roll producer friend of mine to earn some cash and the following January I bid a teary farewell to my friends and family and boarded Freddy Laker's cheap flight to Gatwick Airport.I don't remeber too much about the journey except that I shared an aisle and food with a couple of nuns and an American on the coach trip into London kept pronouncing the river Thames with a soft 'th' rather than 'Tems' as it should be. What I do remember is walking up the hill on a cold, dark and snowy evening to this incredible building where I was to live for the next 6 months, feeling rather like I was playing a part in a fairy tale!
The Guildhouse was a new building, but constructed from Cotswold stone that had been gathered from 7 ancient and decrepit buildings and built in the same architectural style as the rest of the area. Cotswold stone is a rich, warm yellow sandstone that, even during the gray winter weather seemed to glow from within. I was met by the two white-haired ladies of the house, Mary and Martha (how biblical!), and given dinner in front of the giant hearth situated in the great hall. It was an incredible introduction to a place that still seems to exist in an earlier time.
Stay tuned for tomorrow's next thrilling installment of 'As the Wheel Turns!'

Completely unrelated, here are a few photos of my visit to Edinburgh a couple of weeks ago.


* thanks and a tip o' the hat to David Byrne and the Talking Heads for today's title...
P.S. don't be alarmed by yesterday's lily white tea set...I took a photo of every tea that I was served on my journey! And yes, Hollis, my arch enemy parry and I are doing pitched battle daily!
Posted by Dan Finnegan at 7:17 AM

Oh Yes! A continuing story! Keep on telling , please. I read a terrific summer in your posts. And yes, to David Byrne and Talking Heads!