More Blogs About Buildings and Food 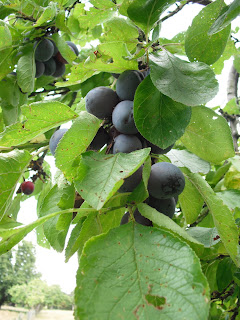 This last week is flying by with plenty of plums to pick (this type is called Prolofics...very tasty!) and a trip to Oxford with Georgie. Oxford is one of my favorite towns on the planet and in spite of the rain, we had a great time. We walked around Trinity College, tried to go to The Ashmolean Museum (the oldest museum in Brtain, it was closed for renovation) and climbed the 1,000 year old Saxon Tower to get a view from above. The tower was where William Morris was wedded, Shakespeare stood as godfather to the Cornmarket gatekeeper's son and 3 Bishops were held before being burned at the stake because they wouldn't renounce their Catholic faith!
We spent a good deal of time at The Bodleian Library where we saw a great exhibition of bookbinding that dated back to 2,000BC! and a nice display of contemporary binding based on the theme of water. Later we took a tour of the Library which has it's beginnings in the early 15th century.
We also visited Oxford Union and it's wonderful oval library, decorated with murals of La Morte d'Artur painted by the Pre-Raphaelites. Also pictured is the Sheldonian Theater, the first building designed by Sir Christopher Wren, the Radcliffe Camera and the Bridge of Sighs. Of course, Lewis Carroll, Tolkein and Harry Potter all have a claim on this marvelous place as well. 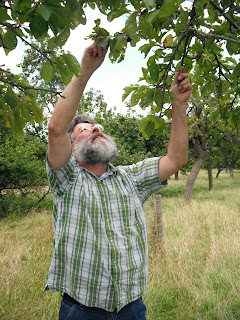 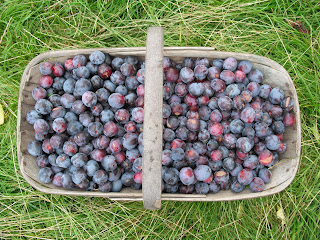 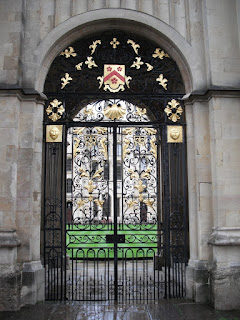 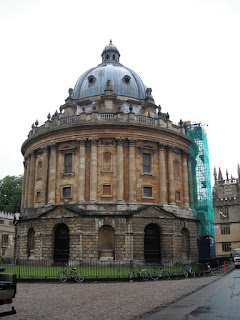 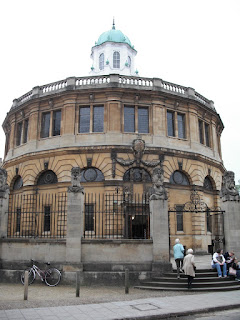 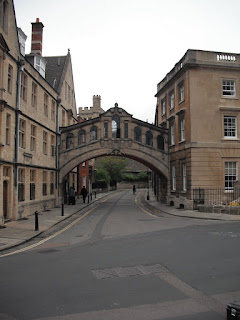 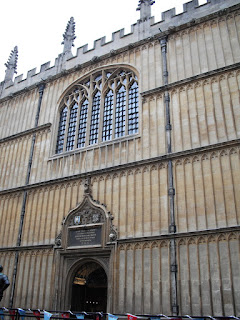 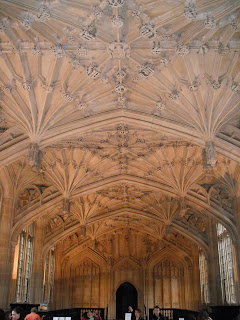 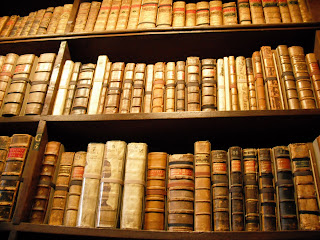 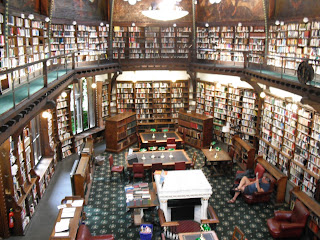 Sounds like you got your dose of culchah, Daniel. Oxford's an amazing place. On the other hand, those Conderton plums look pretty damn good, too.

Love the group of beers in the last post -- one of each, please! I got your message via Aline -- can find no email post from you and she was a bit vague about "checking your blog". Anyway, any pot you choose will do! Don't stress over the request - life's too short.

I know coming back will be bitter sweet ---

To Dan the no.1 man, so lovely to have met you and to have gained a new friend. Thank you for our little business ditty. I hope we meet again v. soon.
Safe journey home xx

Safe trip back Dan. Hopefully speak to you again soon. It was really great to meet you.
h